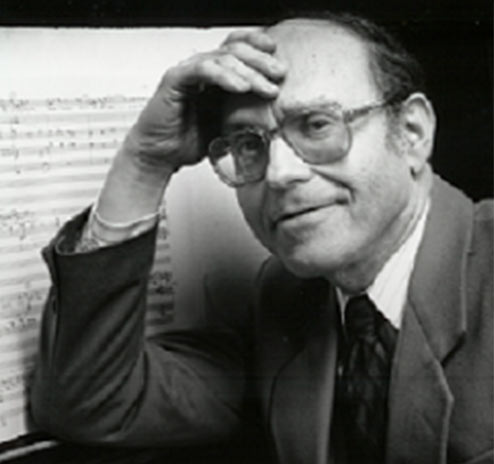 Dr. Samuel Adler has composed more than 400 published works, many of them performed regularly by major ensembles. He has written books on orchestration, musicianship, and choral conducting. Among the many honors he has received are those from the American Academy and Institute of Arts and Letters, the Charles Ives Award, a Guggenheim Fellowship, Lillian Fairchild Award, and the Deems Taylor Award for his book, Orchestration. He has been given grants from the National Endowment for the Arts, the Ford Foundation, the Rockefeller Foundation, the Koussevitsky Foundation, and the Barlow Foundation. In 2001, he was inducted into the American Academy of Arts and Letters, and in May 2003 was awarded the Aaron Copland Prize for lifetime achievement in composition and composition teaching by ASCAP. He was Professor of Composition at Eastman School of Music in 1966-67, and was named Chairman of the Composition Department where he served from 1974 to 1997. Dr. Adler has been on the music division faculty of the Juilliard School in New York City since 1997.