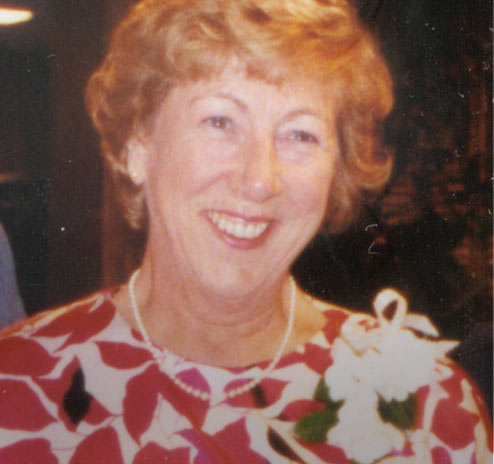 A Northumbrian by birth, Dorothy Richardson moved to London after winning many music festivals in the north of England. There she won a major London County Scholarship which allowed her to study singing for four years at the Royal Academy of Music with the famous singer and teacher, Olive Groves. She gained licentiate and associate diplomas for teaching and performing at the Royal Academy of Music. After leaving the Academy she combined professional singing with a busy teaching program. Ms. Richardson, a life member of the Association of English Singers and Speakers whose aim was “The communication of English words in speech and song with clarity, understanding, and imagination,” passed on the importance of communication of the text to her many students. Her professional singing career included all the major soprano solos in oratorio, and she was an experienced recitalist of classical songs and arias. On television, she took leading roles in operatic and drama productions, including the lead role in the world premiere of Man About the House in London. Her teaching career began at Homerton College, Cambridge, along with a private practice in London. Later she became Professor of Singing at the Guildhall School of Music & Drama in London. Ms. Richardson taught privately in Cambridge until her passing on December 24, 2018. The late George Guest of St. John’s College Cambridge praised her as: “Well-known as a skilled adjudicator and a distinguished conductor of master classes.” She was a discerning teacher who was able to solve vocal problems and assist many singers to reach a trouble-free maturity and his or her full potential.